A Look At What I’m Reading 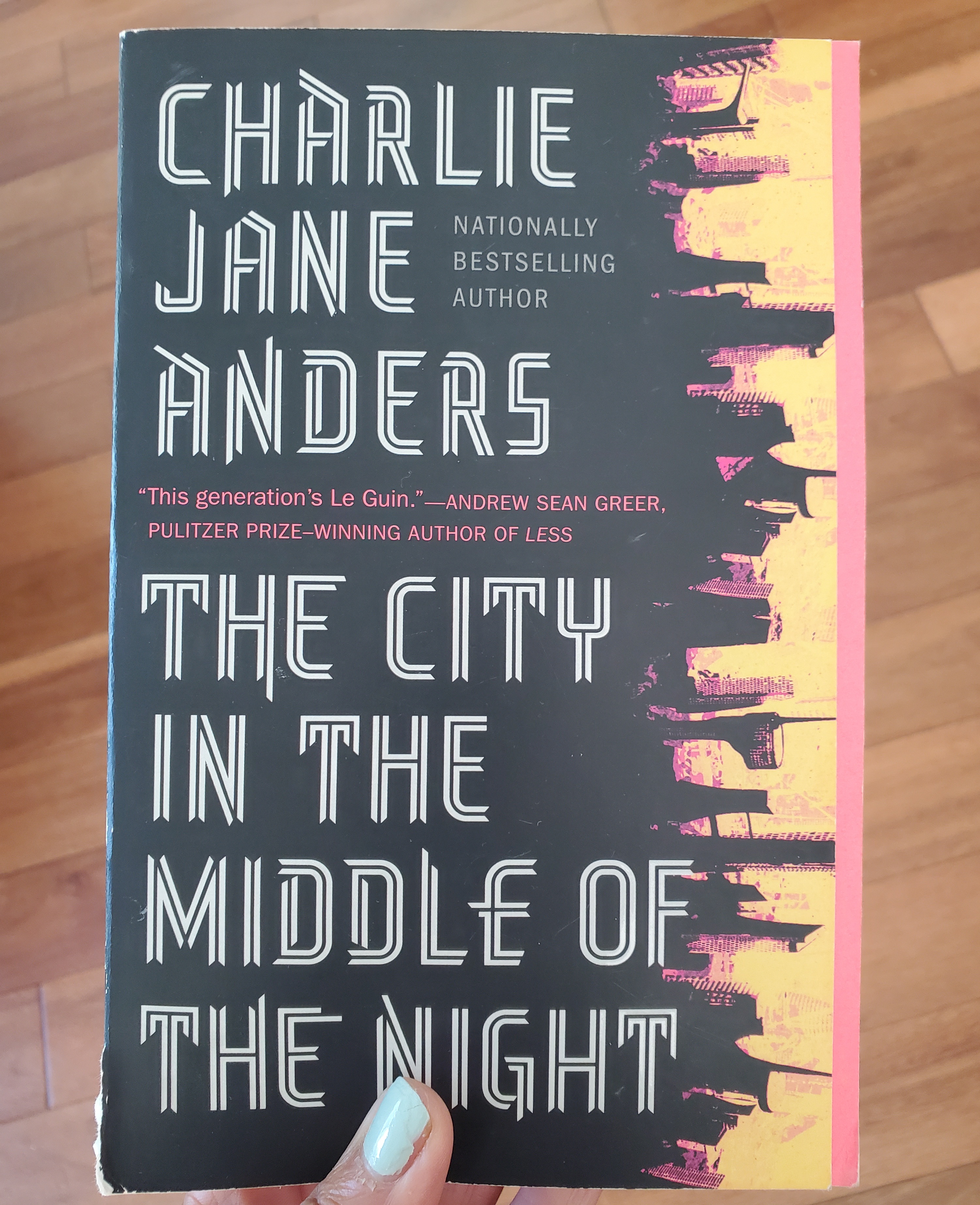 Lately, I’ve been reading outside my comfort zone. Trying books in genres I rarely frequent, discovering new voices, new styles, new cultural experiences. It’s an exciting journey and I’d like to take you with me. So, every Friday, I’m going to start posting about one book that I’ve recently read, Starting with Charlie Jane Anders The City In The Middle Of The Night

I generally don’t gravitate to Sci-Fi, but this really was a fascinating read. It’s a story that centers around women who occupy two cities of a planet humans have colonized. It’s a planet that has a permanent day side and a permanent night side. The two cities are located in slivers of land that exist in eternal states of twilight.

The stories center around Sophie, a girl from the dark side of town who is obsessed with her high-society-bred friend, Bianca and Mouth, a smuggler and occasional mercenary. It’s through their eyes that we alternately see the world.

I’ve read a lot of articles suggesting this is a book about societal philosophies and how they are frequently taken to dangerous extremes. That’s definitely there, but to me this is a story about societal indoctrination and perspective. Perspectives on what is beautiful and what is repellant, what is obscene and what is righteous, what is right and what is wrong. Every character has their own cultural bias. Even when they rebel against their own community’s expectations they always come back to them. Their rebellion is superficial, angry, reckless, fleeting and in the end inconsequential. They want to change their place within society, but not society itself.

Except for Mouth and Sophie.

The arch is seeing both Sophie and Mouth open their minds to new ideas and sincerely question what they’ve been taught in a way that is transformative, figuratively and literally.

Anders has given no indication that she plans to make this book the first of a series, but the ending definitely leaves itself open to that and I hope to see more of these characters in the future. They’re flawed, likable, deeply relatable and always, always compelling.

You can pickup The City In The Middle Of The Night at Indiebound or anywhere books are sold. Hope you enjoy it as much as I did!