Short Chapters, Long Chapters & Everything In Between 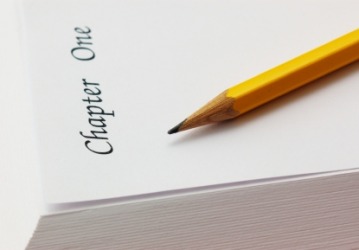 Editors, or at least all the genre fiction editors I’ve worked with, do not like extremely short chapters. To a lesser degree they dislike really long chapters too. And what they really hate is a book that has chapters of significantly different lengths. I have no idea why. I read books of all different genres including a lot of literary fiction. Books like Anthony Doer’s All The Light We Cannot See, Lauren Groff’s The Monsters of Templeton,  and Jess Walter’s The Financial Lives Of Poets are fairly fast reads not because they’re fluffy light weight reading, they’re not. They’re fast reading because so many of (but not all of) the chapters in those novels are so short. Readers don’t like to put books down in the middle of a chapter. But if a chapter is short and leaves you with a what’s-going-to-happen-next feeling you’re more likely to read to the next chapter and if that chapter’s short you might read to the next and the next all in one sitting. When done well, short chapters create fast pacing. And if you have a very short chapter amidst a bunch of medium length chapters the short chapter will have a different emphasis. You can create emphasis with structure as well as with prose.

I’m self-publishing CHAOS, DESIRE & A KICK-ASS CUPCAKE so I get to decide how long the chapters will be. In the back of my mind I can hear all my old editors telling me to keep the chapters of uniform length, not too short, not too long. I’m not doing that. It doesn’t feel natural. And yet when it comes to the chapter below…I just don’t know. I think what I’m posting below is one half of one chapter. But it IS possible I’ll make it a chapter all its own. More action and humor takes place in the second part of the chapter that isn’t included here and I’m not sure if the end of this segment of the chapter is enough of a hook to keep you from putting the book down if it’s your bedtime (every author wants to hear you stayed up all night reading). And yet if I keep the chapter long (as it is in my current manuscript) it…well, it may be too long. The length of the chapter might screw with the pacing. I’m just not sure and I probably won’t be sure for another week or so.

Regardless, this is what I’m posting today. I’ll post the next part next week. Also, I’m nearing having this book done. Hopefully by next week I’ll be able to give you an approximate release date and other news. Stay tuned!*

*Also, if you haven’t read the earlier chapters of CHAOS, DESIRE & A KICK-ASS CUPCAKE you can find them here!

“People used to call me stubborn and anal-retentive. Now that I have a few million in the bank, they call me determined and detail oriented. Too often the things we’re told are flaws are the very things that we need for our success.”

Hours later I sat in my car with beautiful hair and a troubled mind. I was still in my parking spot, five city blocks from Marcus’ salon which, in San Francisco, is considered a convenient spot (any parking spot in San Francisco that is close enough to your destination not to require hiking boots is worth celebrating). To my left and right were Victorians and Edwardians all converted into apartments and condos and in my hand was a business card. The Nolan Volz business card that I had been carrying around with me since I found it in London’s apartment last night.

In my head I could hear Anatoly telling me to toss it. I could see Dena rolling her eyes at the very idea that there was something significant about this thing.

And I could hear Marcus’ voice, Drop you in a glassy lake and you’ll sink like a Jimmy Hoffa.

Images of Anita, sitting in the hospital waiting room, anger and fear in her eyes as she ordered me to leave. Sounds of her daughter’s voice as she coolly told me her father had died, told me her mother never wanted to speak to me.

Follow the breadcrumbs, jump in and ride the breaker. Make sense of it. It’s what you do, Sophie

I pulled my phone out of my bag and dialed the number on the card.

“Nolan-Volz, Gundrun Volz office, may I help you?” A woman asked She had the kind of voice that sounded sexy, bored and vexed all at the same time. I could imagine her doing phone sex for men who got off on being demeaned by hot chicks.

“Uh-huh,” she said, which was nice. She could have easily come back at me with no shit. I’m sure that’s what Mr. Katz would do if he was a receptionist. “And this is pertaining to?” she pressed.

“Aaron London?” I asked uncertainly, clueless as to how to proceed. “I’m not sure–”

I hesitated a moment. “Come again?”

“Aaron London left the company almost six months ago. He is no longer associated with Nolan-Volz.”

I continued the hold the phone to my ear. I was pinching the business card so hard my fingertips had gone white. “I…okay,” I tried again, but words were failing me now. What the hell could Aaron London have done for Nolan Volz? “Could you tell me who holds his position now?”

“Oh my God.” My heart was thrumming against my chest with so much force you’d think it was being operated by a hardcore techno DJ. This whole thing was getting weirder and weirder and a lot more suspicious. Even Anatoly would have to see that now.

Smiling I called him up, eager to hear his voice as he realized that there really was something odd about London’s death and maybe just a little excited to hear him say, wow, maybe you were right!

“Hey,” he said. His Russian accent was a little more pronounced this afternoon, something that happened when he was irritated, turned on or not properly caffeinated.

“Hey you. Have you managed to track down Anita London yet?” I asked. “About the dog?”

“Not yet, I’ve been swamped. But I’m about to start working on it.”

“Uh-huh.” A large moth landed on my windshield, resting it’s little insect legs against the glass. “I just found out Aaron London was a V.P. for Nolan-Volz.”

There was a long silence on the other end of the line.

“Are you sure?” he finally asked.

“I just called the company. I’m sure.”

“Why did you call the company?”

“That’s what you’re focused on?” The moth took off to eavesdrop on somebody else. “He was a Sr. V.P. of R and D. He left a little less than six months ago. I don’t know if he was fired or if he quit but when he was going off on that company, I mean, that wasn’t random. He wasn’t talking out of his ass. He actually knew how they operate.”

Again, there was silence on the other end of the line. He was probably in shock. “So?” I pressed, when I couldn’t take it any longer. “What do you think?”

I could picture him sitting in his office chair, slowly getting to his feet as he took in the implications of this news. I leaned forward, almost pressing against the steering wheel, waiting for one of his Russian curses followed by an admission that something was rotten in the state of Denmark. “I think,” he finally said, drawing out the words, “that London was a disgruntled employee who had a breakdown.”

So that was not the reaction I was hoping for. “But…don’t you think it’s possible he was a whistle blower?” I asked.

“If he was a whistle blower he would have gone to the press or a government official. He wouldn’t have come to us. The man who walked into my office yesterday may have been sane six months ago, or at least sane enough to hold down a corporate job, but clearly something happened to him.”

“You mean like, he was poisoned?” I didn’t like the zeal that was in my voice. A woman and her three toy poodles walked past, all four of them projecting a cartoonish air of wealth and disdain.

“No, I mean like he started drinking, or taking drugs or maybe it’s the reverse. Maybe he stopped taking the medication that was stabilizing him. Regardless, it’s not our business.”

I slumped back in my seat. “But don’t you think things are kind of adding up?” I asked, my tone sounding a little pleading now. “A woman claiming to be his wife showing up at the hospital. His neighbor saying he didn’t have a wife…”

“Yes, it’s adding up,” Anatoly admitted. “He used to be a stable man. Then he lost his job, his wife and then, finally, he went into a downward spiral.”

I stared down at the business card, the super villain name glaring back at me in bold, black ink.

“I’ll try to track down Anita London this afternoon to ask her if she wants the dog,” Anatoly was saying. “and…oh, I’m sorry, I have another call coming in. A client.”

“Yeah, sure of course, you should take that,” I said, distractedly.

“Don’t over think this, Sophie. Let this one go.”

I stayed on the line long enough to hear the line go dead.

And then I pulled the phone away from my ear and dialed up Gundrun Volz office once more.

“I’m sorry, we were disconnected before. My name’s Sophie Katz and I’m doing a freelance piece for the San Francisco Chronicle.”

“Oh, yes, do you have follow up questions for Mr. Volz?” the woman repeated, still sounding bored-sexy.

Follow-up questions? What the hell was she talking about? “Yes,” I said, working hard to keep the question mark out of my voice.

“If you’d like to leave your name and number I’ll pass along your request to Mr. Volz.”

I mechanically recited my information as I tried to figure out what exactly was going on.

“The article is running in four days, yes?” the woman asked.

“Yes,” I said, deciding that sticking to the one syllable word was probably my best strategy.

“So you’ll need to hear from him soon,” she reasoned. “Are you requesting an in person meeting or will another phone call suffice?”

“In person is probably best,” I said, a little doubtfully.

“I’ll see what I can do.” I gave her my information, hung up, got out of my car and half walked, half ran back to the salon. I got there just as Marcus was walking out the door, a shiny, tan windbreaker pulled over his broad shoulders.

“You’re back,” he noted as I approached breathless and smiling.

“If I was going to investigate London’s death,” I asked, “where do you think I should start?’

Marcus’ lips curled up until his smile matched my own. “Well, let’s see, you claimed you weren’t able follow most of what London said to you in Anatoly’s office , right? That it just sounded like the fragmented ramblings of a conspiracy theorist?”

“Do you think you might have understood him better if you were a conspiracy theorist?” he asked, slipping his hands into his jacket pocket.

My brow creased as I tried to figure out where I could find a conspiracy theorist who could decode London’s words for me. In the distance there was the sound of angry honking from multiple cars, above me somewhere the sound of a low flying plane.

And then it hit me. I glanced up at Marcus to see from the look on his face that he had thought of someone too.

Together we said, “Jason.”