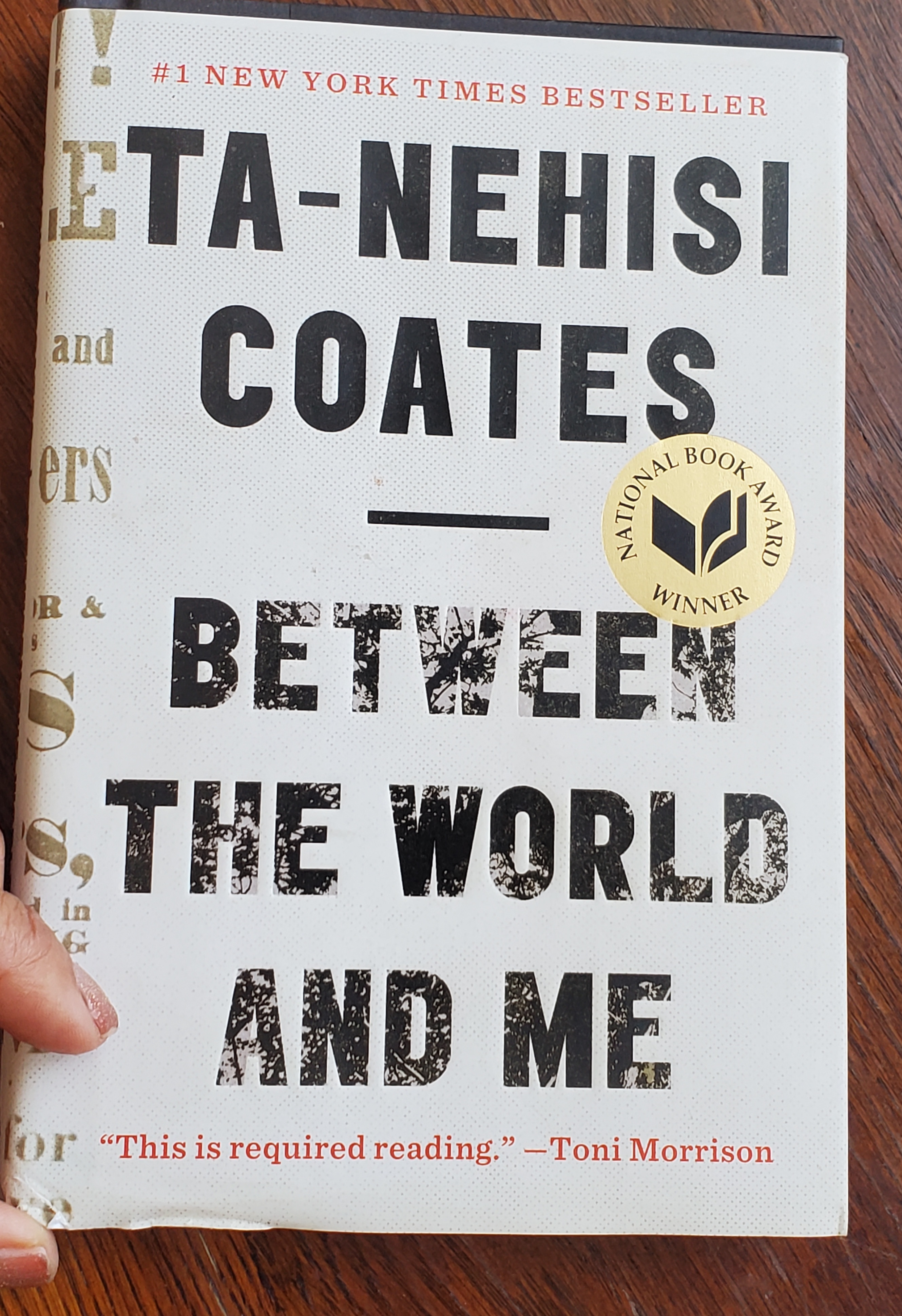 Yes, I know. I’m seriously late to the party on this one.

I am an admirer of Ta-Nehisi Coates. I’ve read his works of fiction as well as many of his essays in the Atlantic and find him to be insightful and masterful in his use of prose.

When Between The World And ME came out in 2015 it was recommended to me by, well, everyone. And I started it.

And then I stopped less than 50 pages in.

My problem was not that I disagreed with his opinions or didn’t think he was expressing them well, but that his opinions and perceptions in this particular work were so close to my own it didn’t feel all that enlightening.

But a couple of months ago, I decided to give it another go. And this time I’ve come to appreciate it for what it is: a letter to his fifteen-year-old son; an explanation and dissection of his lived experiences as a black man in America. Coates and I are around the same age, so while we were raised in different parts of this country under different circumstances, we came of age during the same period in history. That means many of the cultural events and prevailing societal attitudes that moved Coates throughout his life also moved me. So of course the work feels familiar.

In an odd way, Coates is acting as a representative of Gen-X Africa Americans and conveying our message to a younger generation…and perhaps also to those who are of our generation or older but grew up in this country with lighter skin (although Coates would tell you he’s not trying to convince white Americans of anything).

This is a book that can provide insight into what it’s like to feel like you have to be hyper aware of how the world perceives you. To be constantly aware that other people’s snap judgements and biases, conscious or unconscious, can put you in real danger.

In the end, I’m genuinely grateful I read Between The World And Me. The ideas and feelings so elegantly expressed within its pages aren’t new to me, but then it wasn’t exactly written for me.

It’s quite possible it was written for you.

What I’m Reading: Fake Like Me by Barbara Bourland