What I’m Reading: The Ten Thousand Doors Of January By Alix E. Harrow 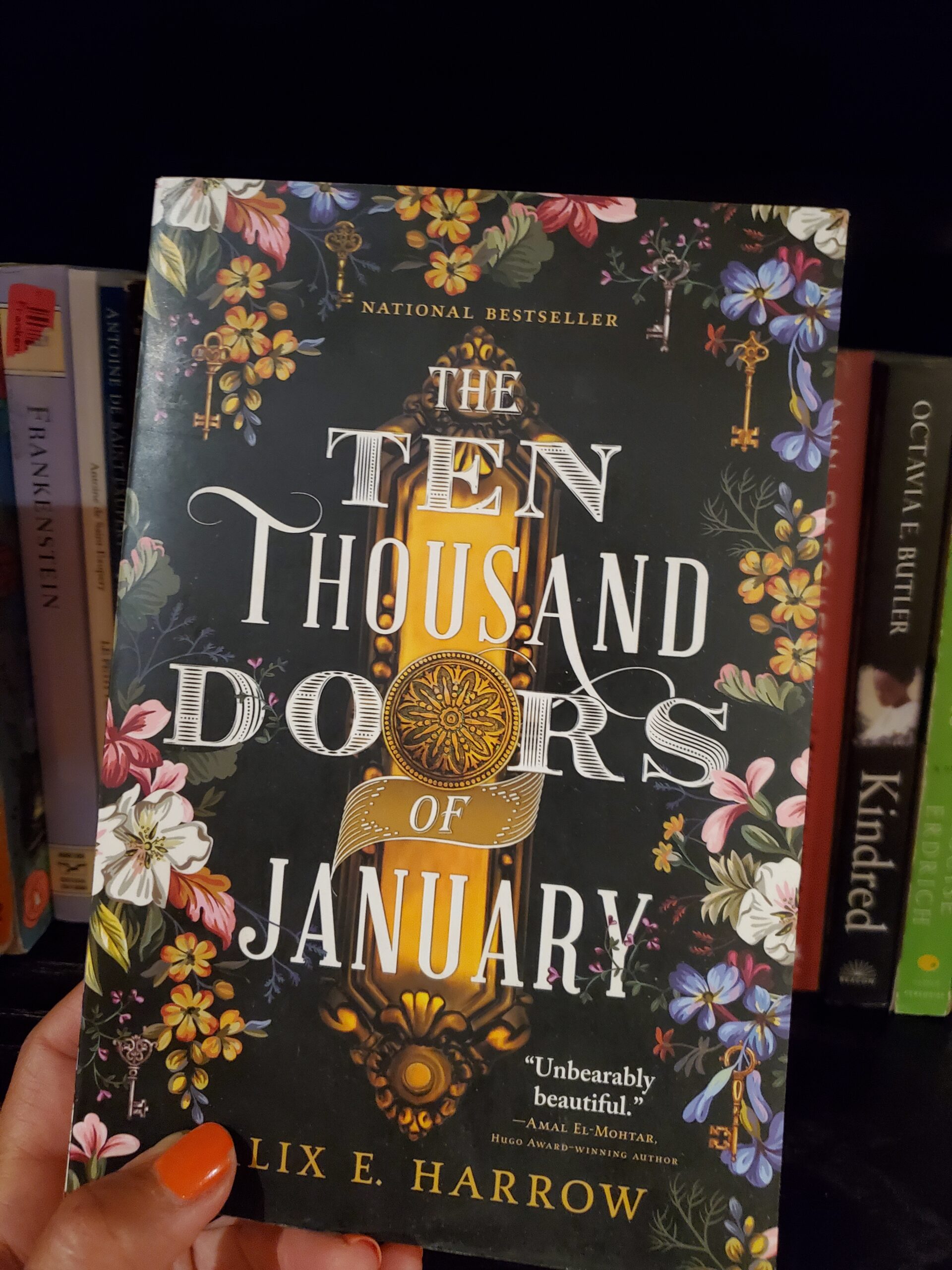 It was when I reached this passage in Alix E. Harrow‘s book, The Ten Thousand Doors of January that I knew I was dealing with a master:

The world had just begun to whisper the word modern to itself, along with words like order and unfettered free trade. Railroads and telegraph lines snaked across frontiers like long lines of stitches; empires nibbled at the coasts of Africa; cotton mills churned and hummed like open mouths, swallowing bent-backed workers and exhaling fibrous steam.

But other, older words- like chaos and revolution-still lingered in the margins. The European rebellions of 1848 hung like gun smoke in the air; the sepoys of India could still taste mutiny on their tongues; women whispered and conspired, sewing banners and authoring pamphlets; freedmen stood unshackled in the bloodied light of their new nation. All the symptoms, in short, of a world still riddled with open doors.

Harrow uses words like Van Gogh used paint, giving them textures that we didn’t previously realize was possible. It’s quite stunning. The story itself is one of adventure, a fairytale. The swashbuckling heroes are women and girls, the bad guys are creepy and unique, the romances are sweet, the world building is imaginative and fitting to our times as well as the times Harrow writes about.

And the prose? A masterpiece.

What I’m Reading: The River by Peter Heller