What I’m Reading: This Book Will Save Your Life by A.M. Homes 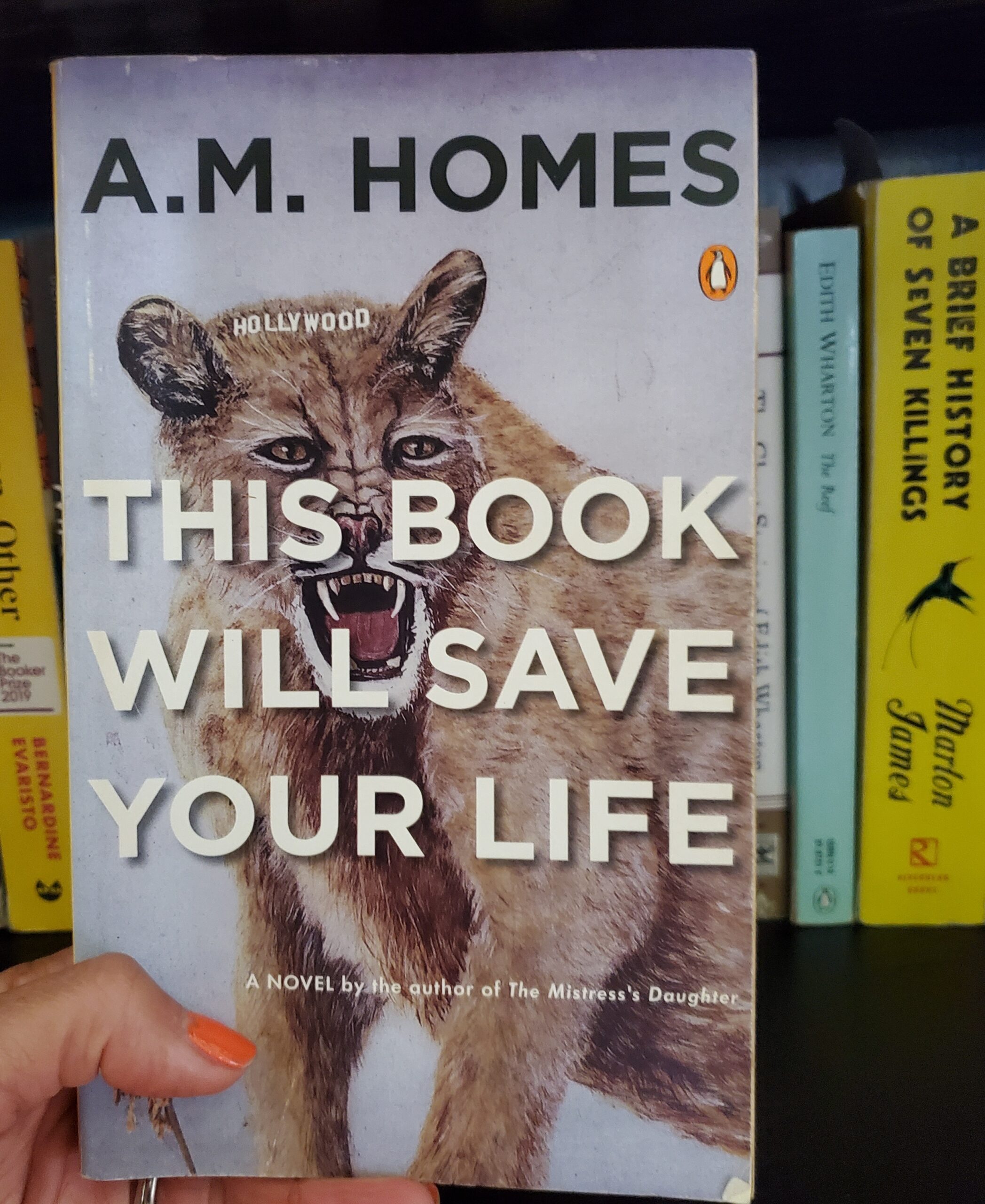 Do you have a taste for the absurd? Do you appreciate a little Dadaism in your literature? Personally, I’m all about it and A.M. Homes delivers all of that and more in This Book Will Save Your Life a warm, inviting, often hilarious satire of L.A. living. In these cynical times, this book is a palate cleanser. It’s bold in its optimism without ever becoming cloying.

The story centers on a L.A. based man who has emotionally and (since he works from home) physically removed himself from the outside world, including from his teenage son who lives with his mother in New York. He is oddly and inoffensively self-involved. He doesn’t mean anyone ill. He just doesn’t think to reach out.

After a medical crisis that might be the manifestation of depression and anxiety he decides to take a doctor’s advice and venture out. More than that, he gets involved…with everything and everyone. He no longer looks away when someone, usually strangers, are in need of help and through a series of outrageous, unpredictable events he becomes the ultimate good Samaritan.

It’s a book about the healing powers of being emotionally generous in a world that is inhabited by people who are often skeptical, brusque but also, usually, kind. And it’s done in a way that lovingly skewers Los Angeles and modern, Western sensibilities. It’s character driven, not plot driven. At turns poignant then totally insane.

It’s lovely. I’m just so glad I read it.

What I’m Reading: The River by Peter Heller

What I’m Reading: The Light Brigade by Kameron Hurley