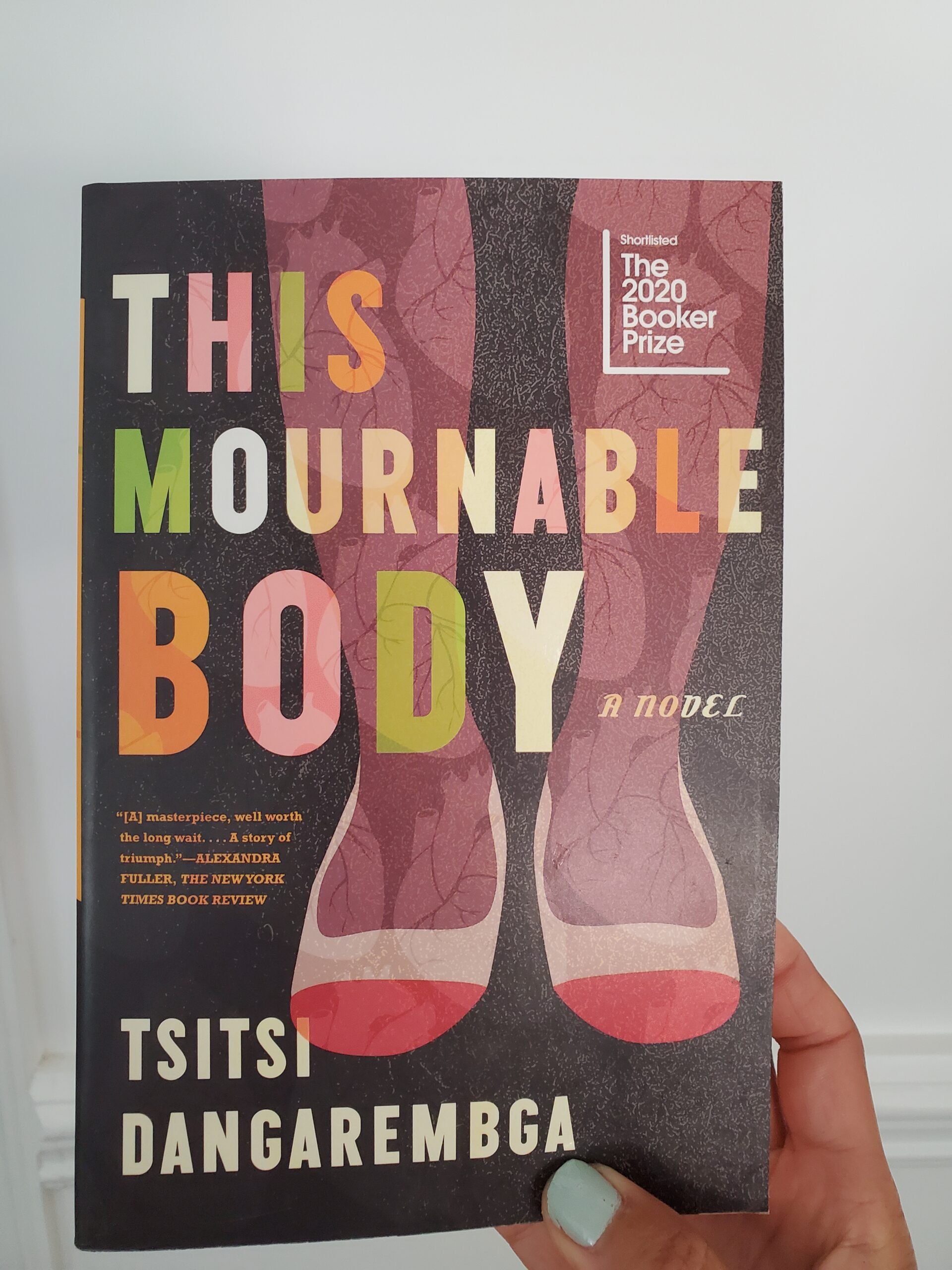 This Mournable Body by Zimbabwean writer, Tsitsi Dangarembga is a masterful, brutal work of art. It’s cinematic, compelling, shocking and emotionally challenging. It works as a stand alone novel, but I suspect I would have benefitted from starting with the first two in this trilogy: Nervous Conditions and The Book Of Not. Since I didn’t I found myself thrown into a place and a society I had absolutely no familiarity with and I spent the first few chapters working through genuine culture shock. Dangarembga does not ease you into the world of her protagonist, Tambu. Instead she throws you into an ocean where you’ll either drown or swim. I found myself doing a bit of both, chocking on Dangarembga’s violent imagery and yet finding buoyancy in her meticulously crafted storytelling.

Likewise, Tambu is a woman doing her damnedest to stay afloat. She was born into a small village in the 1960s in the midst of the violent liberation of Rhodesia (later to become Zimbabwe). She managed to get admitted into a missionary school where she received an education but was also removed from her culture. Now, as an adult woman, she finds that her education has not gotten her where she thought it would and her PTSD from her childhood stalks her every move. We walk in her designer, worn-out heels as she balances between hope and despair, searching for elusive opportunities and trying to maintain pride even as she’s subjected to a series of humiliations. Dangaremba creates a gut-wrenching quest out of Tambu’s struggle to find her way both materially and psychologically.

It’s an eye opening book. I learned from it. Not just as a reader learning about Zimbabwe and the beauty and hardships of that nation but as an author who is just in awe of how Dangarembga wields her proses like knives. She writes in the second person. It’s not I nor she it’s you:

“You Grow thinner, and do not know whether to be pleased about this or not. There is a dullness to your skin, like a thin membrane enveloping despair. It tells people you have collided with your limit; you do not want them to know this.”

When Tambu makes decisions that are clearly dictated more by trauma than reason, you understand because you are her. You can’t escape the experience, can’t engage with it as an outsider. You’re in it.

I fully recognize that there will be people who read this review and think, um, no thank you. And I get it. It’s a tough read. You have to be in a good mental place to dive in.

But if you have the courage for this particular literary journey the rewards are intense and wonderful. This is a book you will never forget.

What I’m Watching: A Quiet Place 2