What I’m reading: Under The Skin by Michel Faber 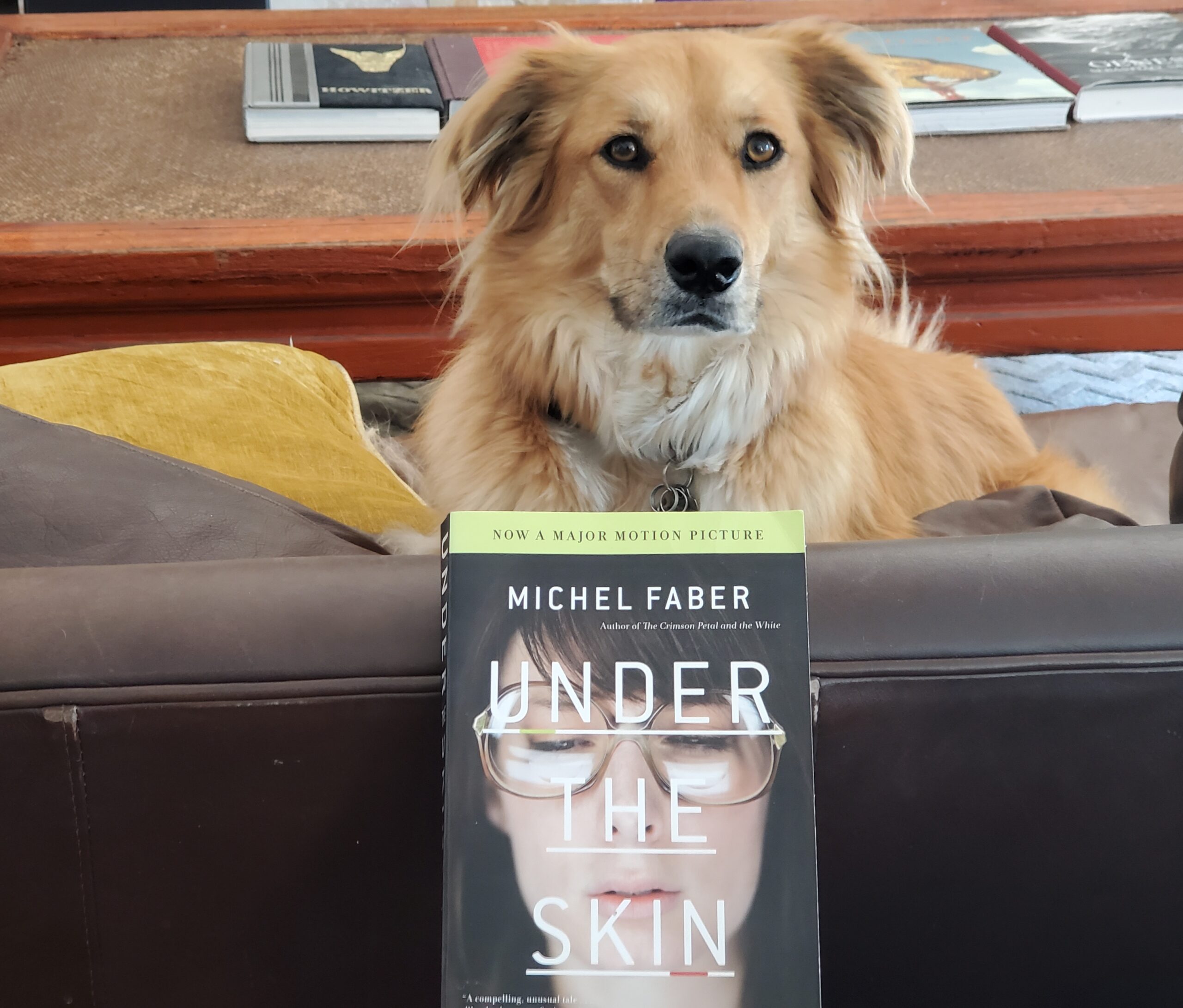 I had no idea what I was getting myself into when I picked up this book. I thought it would be a piece of light escapism. A little sci-fi horror with a dollop of humor.

We follow Isserley from the very first pages as she picks up hitchhikers along quiet Scottish roads. Specifically very well built, young, male hitchhikers. At first we’re led to believe she’s on those streets looking for a good time. But we quickly learn she’s out there working, and not as a sex worker. To her mind, and to those in her community, she’s just a laborer trying to excel at a difficult profession she, for reasons we’ll learn later, got stuck in.

But to us her work is shocking.

Except maybe it shouldn’t be. As the book goes on things that initially strike as utterly bizarre start to feel….familiar.

I know I’m being vague, that’s because every reveal in this book is slowly rolled out. Part of the pleasure is discovering the truth behind this character and her lot as well as discovering what the main storyline stands as a metaphor for.

What I can tell you is Isserley is not a good “person.” She does very bad things. And she is extraordinarily self-involved. So it really speaks to Faber‘s abilities that I so often found myself really feeling for this awful creature. Many times she made me laugh (there’s definitely a dark humor laced throughout this novel), other times I was rooting for her. I kept having to remind myself in those moments that Isserley willingly partakes in atrocities and I therefore shouldn’t have sympathy for her. And yet I do. Because she’s not one dimensional. The suffering she inflicts is very real, but so is the suffering she endures.

Under The Skin was apparently made into a movie. I haven’t seen it but I would think this would be a hard book to adapt to film without losing a lot or making it more creepy/grotesque/excessive than fun/spin-tingling/fascinating. But I could be wrong. Again, I haven’t seen it.

What I know I’m right about is that this book is completely unique and for those who can handle a heavy dose of weird, it’s a must read.

And it was definitely worthy of a photo with my pup.

What I’m Reading: The Night Visitors by Carol Goodman