What I’m Watching: A Quiet Place 2 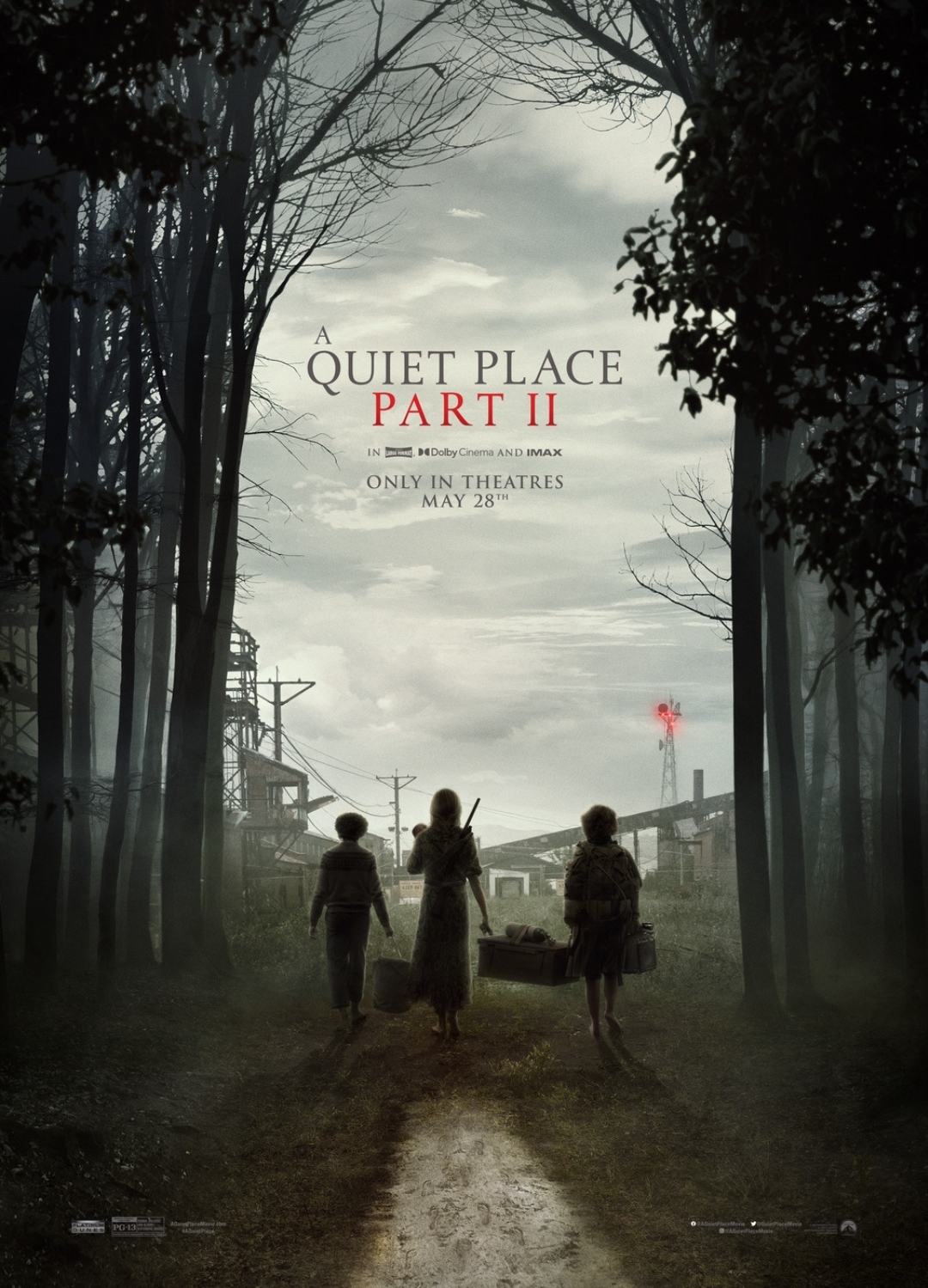 Normally on Friday I review a book I’ve recently read. But three years ago today my stepson, Hunter Lurie, passed away. Hunter was a cinephile. He loved everything about filmmaking and his film critiques were extremely sharp and insightful. So in his honor, instead of a book review this week, I’m going to write a movie review of the sequel to a movie he loved.

In the first film, A Quiet Place, director John Krasinski effectively exploits the unknown. We spend most of the movie without a clear picture of what the aliens look like. Throughout the film, we gather small clues as to how this particular apocalypse began. So we’re always putting together the puzzle and fearing what we can’t see until finally at the end the aliens come into full view and confirm our worst nightmares. Along with the strength of the relationship Hunter noted in his above Tweet, it’s the tension of that slow reveal that has audiences coming back for more.

Of course, you can’t make a mystery out of what the audience already knows. As a result A Quiet Place 2 starts off with a huge commercial advantage but a creative disadvantage. There’s a built in fanbase ready to buy tickets (or later, pay for streaming) but a lot of what we loved can’t be repeated.

Krasinski knows this and therefore opts to give audience a much more straight forward action film. And it works. It’s a popcorn movie if I ever saw one. We get to see the aliens on their first killing spree right after they crash to earth. We see our family of heroes fight to survive and share what they’ve learned about the aliens’ one weakness with as many of their fellow human survivors as possible. We get to see how some segments of society have fallen into pure savagery. We see good guys defeat impossible odds.

The film does lack the intimacy of the last movie and it’s not as creative. But it’s so much fun.

Hunter was frequently skeptical of sequels and franchises in general. That’s not to say there weren’t franchises he loved, he was just very selective. So I suspect he would have walked into this film with a level of trepidation. He probably would have argued that it would have been better to leave the first movie alone and try something new and original.

I wish he was here to have that debate with me.