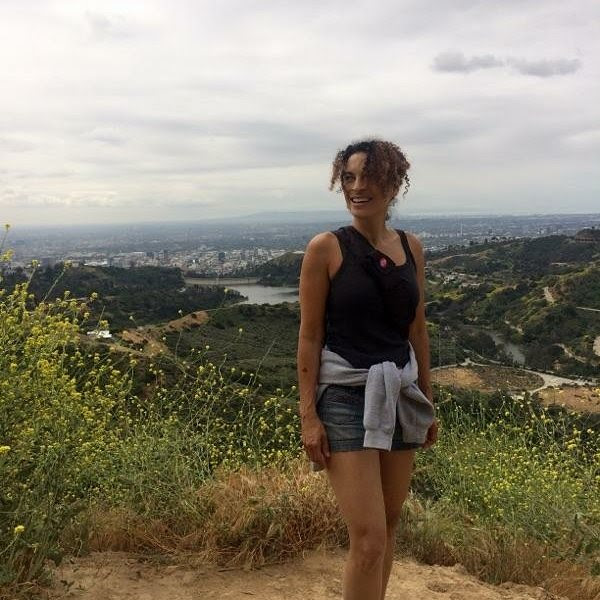 On the one hand, I think it’s hard for anyone on either side of the political spectrum to say this was a great year for our Nation. There’s just been so much hate, such extreme political polarization, so many natural disasters and horrifying acts of violence. And while the #MeToo movement is spurring important changes to how we deal with sexual harassment and assault, it hasn’t been easy to hear what women have been subjected to at the hands of Hollywood power players, politicians, business moguls and other public figures many previously admired. It’s been harder still to hear these stories from victims my husband and I know personally. I’m grateful many have broken their silence but devastated they were pressured to stay silent to begin with let alone that they had anything to be silent about.

On a more personal note, this was the year that my husband’s (Rod Lurie) show Monsters of God, which was set to be his Magnus Opus as it were, did not go forward. He had created a magnificent pilot for TNT in 2016, one that had focus groups cheering and other viewers predicting gold statues. TNT was excited about the show too. Their feedback was effusive. But in the end, they made a business decision. Monsters of God is a Western and they didn’t want to do more period pieces. They have a few excellent ones on right now and they need to make sure their line-up is diversified. The decision was understandable, but it hurt.

As for me, I did publish a book this year (Chaos, Desire & A Kick-Ass Cupcake) and I’m extremely proud of it and thrilled with the rave reviews from fans. Still, it has also been an odd year for me career wise. I’ve been feeling a bit lost as I try to figure out how to write books that I’m passionate about that are also commercial enough to get my son through college.

Then there’s the way the national dynamics have slithered into my life. While I was never under the delusion that racism had been eradicated in America. I’ve experienced enough of it over the course of my life to know better. But this year proved to me on a very personal level that we simply have not made the progress in Civil Rights that I thought we had. Obviously we HAVE made progress, but dear God do we have a long way to go. As a black woman that realization has made me feel a little less secure in the world. It has made me angry.  It has motivated me to action at times while making me feel helpless at others.

But this was also the year when we got our puppy, Potus. She came into our family just around the time Monsters of God was leaving it. She brought joy at a time of frustration, smiles at a time of mourning.

I also had some great times with my closest friends:  parties, weddings and just general shenanigans peppered this last calendar year.  I went on a particularly wonderful girls trip (wine tasting in Montecito) last January. It was during that trip that my son, a high school senior at the time, called to tell me that he had received his first acceptance letter from a college (Willamette). It would shortly be followed by eight more acceptance letters and six merit scholarships. Allegheny, Brandeis, Cornell, Goucher, Rhodes, Reed…there were so many amazing choices for him. My son had really struggled in his elementary school and early middle school years. Back then I was being called into the principal’s office multiple times a week to discuss my child’s challenges, his disruptions etc. But after a lot of work, determination and the right school, he ended up flourishing in high school. When 2017 started he had just completed his last season on the Varsity Cross Country team, he was on the Robotics Team, was getting rave reviews from his teachers and was volunteering weekly at the La Brea Tar Pits. He would go on to score one of the leads in the student production of Damn Yankees. On January 1st, 2017 he would start dating his current girlfriend whom we all adore. And it was in 2017 that he decided to defer enrollment in Allegheny College (his ultimate choice) for one year so he could serve with Americorps in order to help with the recovery efforts for Hurricane Harvey and build homes for the homeless. 2017 was the year when my son was able to see the rewards for all his efforts and personal growth. I am absolutely bursting with pride.

It’s also in 2017 that Rod decided to up his exercise routine, change his diet and subsequently

lost 40lbs. He had his annual doctor’s appointment this last month and got the best bill of health he’s received since graduating from West Point. It was in 2017 that George RR Martin reached out to Rod seemingly out of the blue and flew us both out to New Mexico (where he lives and where Rod had filmed his pilot), took us to dinner and screened Monsters Of God for the New Mexico cast and crew. Now Rod’s working on several different fantastic projects. He’s slated to direct The Outpost (based on a book by Jake Tapper) and Hate (A Love Story) which is about the case against the Westboro Baptist Church. He also wrote the sequel to All The Presidents Men (based on Bob Woodward’s book, Last Of The President’s Men). He and I co-wrote a screenplay this year, Black Eyed Susans, based on the book by Julia Heaberlin which was picked up by Voltage Pictures. And that’s just the stuff I can tell you about (stay tuned for more Hollywood announcements).

As for the Nation, it’s fair to say that this is the year when many people shed their apathy and decided to be active participants in our democracy. Not just through voting but through activism, charity and self-education.

So it was a very bad year, and an absolutely wonderful year.

I’m not entirely clear on what that means for 2018. I suspect there will be more devastating natural disasters and more violence. I doubt there will be an end to the hyper-partisanship. Racism sure as hell isn’t going anywhere. I’ve also learned that when it comes to the career of an artist one should never make predictions. I’ll count the chickens once they’ve hatched…and waddled onto a bestsellers list or into a theater.

But I’m also so excited to see what my son will do next. And I look forward to more great times with friends. I’m sure our two dogs will continue to bring us joy, love and laughter. I’m confident that the beautiful love affair I share with Rod will only grow and strengthen. I’m excited about the book I’m writing now (more on that at a later date).

On a macro-level, I also expect that good people will continue to wow us with selfless acts of kindness. I hope more people will exercise their right to vote and will continue to do their part to move our society forward and resist the ease and comfort of apathy and inaction. I hope we find a way to communicate better with those who share different views than we do. I hope we all become better listeners.

I hope 2018 has more “absolutely wonderful” and less “very bad.” And I wish all of us genuine happiness.

Last, but not least, I wish us all luck.